skip to main | skip to sidebar

Interestingly, selecting a 4G antenna in Europe is not going to be as straightforward as selecting a 3G antenna has been. Due to 4G services being offered on a variety of frequency bands, customers will need to be aware at what frequency their 4G service is operating and what frequencies their antenna supports. Broadly speaking, 3G operates at the 2100 MHz across the whole of Europe which has made antenna selection quite straightforward.

For example, quite a number of operators across Europe have licences to run 4G services between 2500-2700 MHz otherwise known as the 2600 MHz band (countries such as Austria, Denmark, Finland, Norway, Sweden for example).  Not many 2G/3G antennas operate at 2600 MHz meaning that new antennas are required for customers migrating to 2600 MHz 4G services and antenna manufacturers have to otpimise their antennas to cover 2G/3G/ and 4G in one antenna. Currently, 2600 MHz antenna options for SOHO (small office/home office) are quite limited though vendors are moving quickly to plug this gap.

Alternatively in the UK, Everything Everywhere (formerly Orange & T-Mobile) has been given the go ahead by Ofcom to offer 4G services at 1800 MHz. This means that current European 2G/3G antennas already support the required frequency band for this 4G service. So customers have a wide choice of antenna solutions available to them.

Other frequency bands being considered for European 4G services include 800 MHz whilst the USA has LTE services operating in the 700 MHz.

In conclusion, customers will need to be sure of their frequencies or purchase a very wideband antenna to facilitate operation of their devices with 4G antennas.
Posted by Stuart Robinson at 07:54 No comments:

Images of cables assembled by EAD/SAS

Here are couple of marketing images of RG58 RF cables with SMA-Male and TNC assembled by EAD.

Posted by Stuart Robinson at 12:05 No comments:

Here are some new images of EAD's waterproof compact omni antenna the WCO.

Family shot including the original connectors in the family: 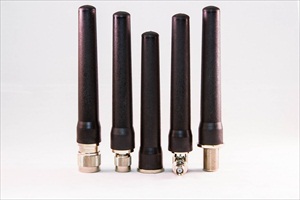 Here is a new marketing shot of the WCO bracket mounted. 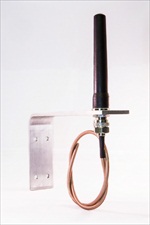 The WCO antenna can support Pentaband Cellular/GSM/3G frequencies, 2.4 GHz, 868 MHz or 915 MHz frequencies and there are options to mount on metal or non-metal surfaces.

We can also offer a 433 MHz groundplane dependent WCO to mount either on a wall bracket or on a groundplane.


Posted by Stuart Robinson at 07:22 No comments:

The application looks as follows: 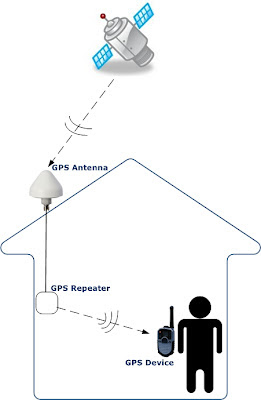 The most recent version of the Ofcom Statement on Authorisation Regime for GNSS Repeaters describes the following headlines:

·         Only permit GNSS repeater use indoors (as defined in the licence)

·         Use the ETSI standard as the compliance assessment baseline for GNSS repeater devices manufactured or assembled from component parts.

Posted by Stuart Robinson at 13:22 No comments: